MINISTRIES
​“OUR PURPOSE AS GOD’S PEOPLE IS TO SHARE
​THE GOOD NEWS OF JESUS
​WITH THE PEOPLE OF KAIKOURA AND BEYOND.”
​​St Paul's is a  warm hearted, community focused Church with a passion for making a difference in Kaikoura!
We  love God and want to be faithful to His word revealed in the Bible.
​Our passion for making a difference in our community is shown in the range of ministries we run for all ages.

Why not check us out this Sunday? 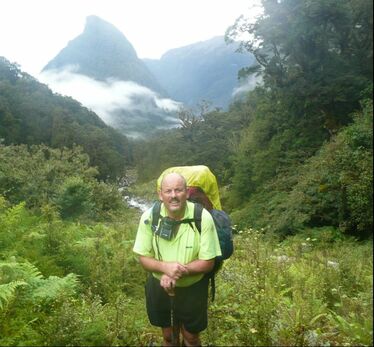 Minister:
Rev Martin Harrison
Martin began his working life doing a variety of things like farm fencing and other agricultural work before working in the construction industry. When he was made redundant for the 2nd time in his late 20's he chose to invest time studying for a Bachelor of Ministry through Laidlaw College. After completing this he and his wife moved to the Top of the South Island and has worked in rurally based churches for the past 25 years. When their 3 boys left home they chose to come and work for St Pauls Kaikōura.


​  ​
Exciting Happenings - Looking to the Future.
Following the earthquakes of 2016 which saw the Sunday School hall (commonly called the Sonic) condemned, a vision began to emerge for the future. For the last 20 years the Sunday School rooms had been leased and provided income which has helped the church with its mission.
McCara house – the home of the first minister and used as the Manse until 1950’s. Subsequent to the building of the present Manse in the late 1960’s it has been used as  a meeting place. However it is dated and in need of substantial maintenance.

A  bold new vision  has been accepted which has seen us remove both buildings and we are currently in the process of building a  2-story building. The first floor being leased to a restaurant and the 2nd storey being a church hall which can be used for a variety of things. From contemporary worship services through to community activities.
Below is an artist impression of the new building.